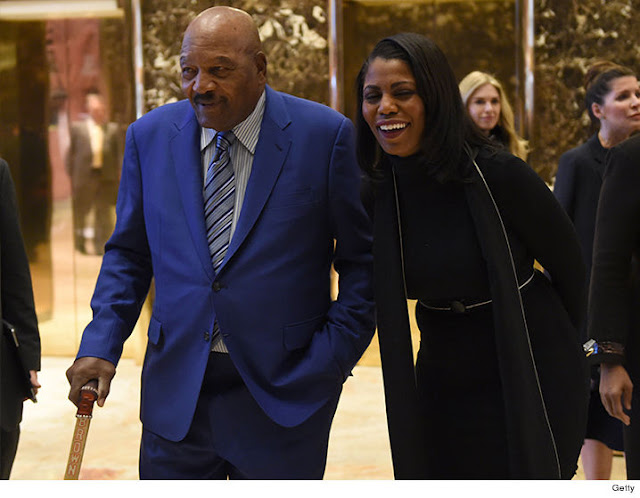 The hall-of-famer and actor told TMZ his goal was to talk to Trump about "helping people," but did not elaborate.

Rev. Darrell Scott, a Cleveland pastor who accompanied Brown, told reporters they were meeting with Trump to discuss Brown's Amer-I-Can program, founded in 1988.

"It's a great, great program. (It) deals with most of the issues that the black community has. It deals with empowerment, entrepreneurship, crime, gangs, drugs, education, prison reform, all of that is in this one program. I've been familiar with it. He's Cleveland. I'm Cleveland. And so we're bringing him here to discuss it with Mr. Trump. Hopefully the administration gets behind it. We can use this program to hit the ground running," Scott said.