Check out the National Museum of African American History and Culture: A Souvenir Book 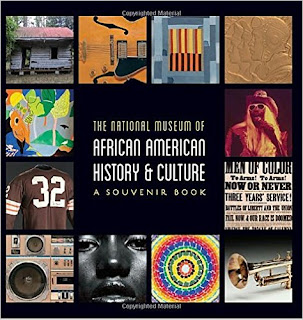 While I'm sure many of us have future plans to go to the National Museum of African American History and Culture, our very busy lives and or finances could delay or stop that trip entirely. That doesn't mean that we can't get a look at the museum in the meantime through it's souvenir book.

This souvenir book showcases some of the most influential and important treasures of the National Museum of African American History and Culture's collections. These include a hymn book owned by Harriet Tubman; ankle shackles used to restrain enslaved people on ships during the Middle Passage; a dress that Rosa Parks was making shortly before she was arrested; a vintage, open-cockpit Tuskegee Airmen trainer plane; Muhammad Ali's headgear; an 1835 Bill of Sale enslaving a young girl named Polly; and Chuck Berry's Cadillac. These objects tell us the full story of African American history, of triumphs and tragedies and highs and lows. This book, like the museum it represents, uses artifacts of African American history and culture as a lens into what it means to be an American.

CHECK OUT THE BOOK
Posted by Councilman George L. Cook III at 7:48 AM