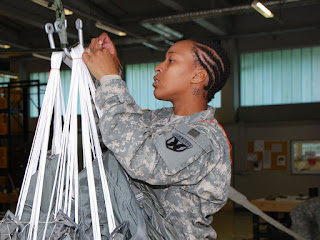 The Army released a sweeping update to grooming and appearance regulations on Tuesday that, in addition to authorizing religious beards and head coverings, also opened the door for female soldiers to wear their hair in dreadlocks.

The services have grappled with the issue of black women's hair in recent years, as some argued that the hair regulations put an undue burden on those with thick, coarse hair, forcing many women to spend time, money and discomfort on straightening or wigs if they didn't choose to chop it all off.

The Army's compromise is now to let women wear dreadlocks along the same guidelines already allowed for braids, cornrows and twists. That is, they must be of uniform size and shape, evenly spaced, and up to 1/2 inch in width.