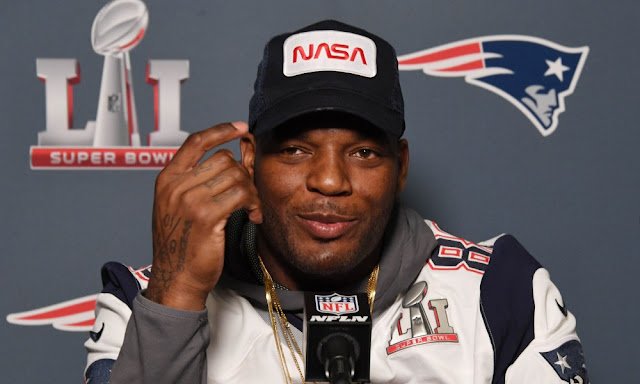 Now I don't care much for the New England Patriots (although as a NY Giants fan I probably should like them) but I'm really liking one of their tight ends, Martellus Bennet. Bennet has been outspoken on social issues of importance to African Americans such a Black Lives Matter. He has spoken in support of Colin Kaepernick's protest and against Kanye West visiting Donald Trump. But I'm really loving him for saying he won't be following tradition and going with the rest of the New England Patriots organization to receive congratulations from Trump at the White House when that visit happens.

"I haven't thought about it. I am not going to go," the New England Patriots tight end said. "I can elaborate later on in life; right now I am just trying to enjoy this ... People know how I feel about it, just follow me on Twitter."