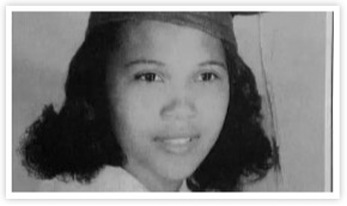 A state government building that once served as headquarters of the “Massive Resistance” campaign against racial integration of Virginia’s public schools was renamed Thursday in honor of Barbara Johns, a student activist who played an important and often overlooked role in the civil rights movement.

Johns was only 16 when she led a student protest that would one day become part of the U.S. Supreme Court’s 1954 landmark decision in Brown v. Board of Education. 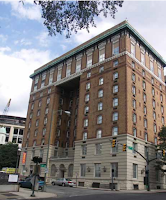 Like most segregated schools at the time, the all-black high school Johns attended in Farmville, Virginia, was overcrowded, underfunded and dilapidated in comparison to the white schools in the Prince Edward County. On April 23, 1951, Johns persuaded all 450 of her classmates to stage a strike and march to City Hall in protest of the school’s substandard conditions.

“When she took a stand like that, it was a dangerous time, and I was the one who was worried about what might happen to us. She didn’t seem to have any fear at all,” said Barbara Johns‘ sister, Joan Johns Cobb, who marched alongside her.

Johns enlisted the help of the NAACP, which filed a suit on behalf of 117 students against Prince Edward County, challenging Virginia’s laws requiring segregated schools.

“This was before Little Rock Nine, this was before Rosa Parks, this was before Martin Luther King. This was a 16-year-old girl who said that we will not tolerate separate but not equal,” said Gov. Terry McAuliffe, who announced in January that the newly renovated Ninth Street Office Building would be renamed in Johns‘ honor.