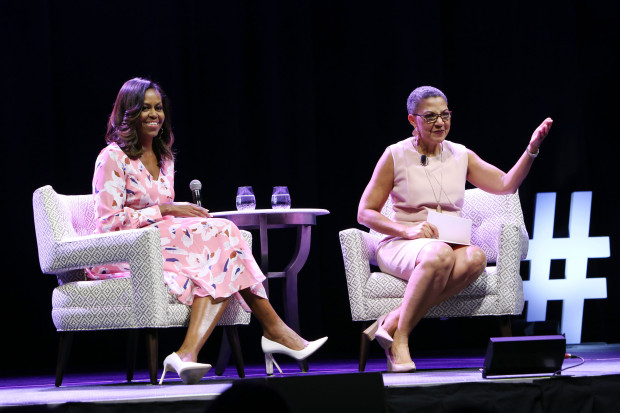 WFCO President and CEO Lauren Y. Casteel commented that Obama had broken and a glass ceiling by becoming the first African American First Lady, and then asked her what shards of the falling glass cut the deepest.

“The shards that cut me the deepest were the ones that intended to cut,” she said, referencing being called an ape and people talking about her bottom. “Knowing that after eight years of working really hard for this country, there are still people who won’t see me for what I am because of my skin color.”

She said she can’t pretend like it doesn’t hurt because that lets those who do the hurting off the hook.

“Women, we endure those cuts in so many ways that we don’t even notice we’re cut,” she said. “We are living with small tiny cuts, and we are bleeding every single day. And we’re still getting up.”