Sorry Trump but President Obama did not pardon Chelsea Manning 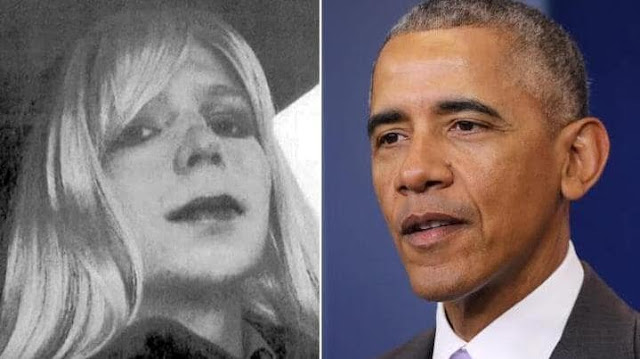 Trump pardoned Sheriff (I'm a racist) Joe Arpaio this past weekend, and it caused a stir among both Democrats and sane Republicans alike. But of course, there were those Trump sycophants that rushed out to defend what their idol had done. They quickly used the "President Obama did it!" defense. Their common refrain and Trump's is that President Obama pardoned that traitor (their words not mine) Chelsea Manning. Problem with that talking point is that it never happened.

Obama commuted Manning's sentence. In Criminal Law, commutation is the substitution of a lesser punishment for a greater one. So instead of doing a thirty-five-year sentence Manning only did seven, which by the way is the longest term anyone has ever served for the type of crimes he committed. Manning's record will not be expunged; she will forever be a convicted felon.

What Trump did for Arpaio is something altogether different. He gave Arpaio a full pardon. So what that means is that not only will Arpaio never serve a minute in prison but that his crimes didn't happen. So after violating the human rights of thousands and violating a judge's direct order the sheriff goes just goes free, no record, no nothing.

Here's the definition of pardon from legal-dictionary.thefreedictionary.com:

A president or governor may grant a full (unconditional) pardon or a conditional pardon. The granting of an unconditional pardon fully restores an individual's civil rights forfeited upon conviction of a crime and restores the person's innocence as though he or she had never committed a crime.

So you see Manning will carry the stain of what she did for the rest of her life. Arpiao can just pretend he never did anything wrong because there will be no legal record of his wrongdoings.

In short one president, Obama made sure justice was served while the other, Trump performed a miscarriage of justice.