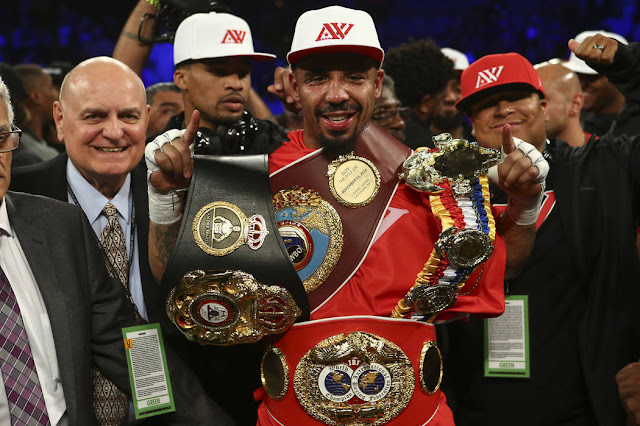 Pound-for-pound king and unified light heavyweight world titleholder Andre Ward said in a statement on his website that he is "leaving" boxing.

"I want to be clear -- I am leaving because my body can no longer put up with the rigors of the sport and therefore my desire to fight is no longer there," the statement said. "If I cannot give my family, my team, and the fans everything that I have, then I should no longer be fighting."

On Thursday, the 33-year-old Ward (32-0, 16 KOs) told First Take more about the thought process behind his decision to retire.

He added: "I felt the physicality of the sport -- not just in-the-ring stuff, but the training and the preparation -- start to take its toll on me for the last two or three years, and I bit down and continued to push through. And at this point, it's time, and I know it's time."