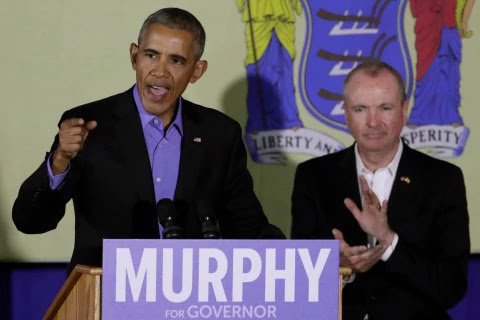 In these tumultuous times it was great to hear comforting and uplifting words from an intelligent person. It was even better that the person was former President of The United States, President Obama reminding us what an actual president looks and sounds like. At a campaign event in Newark NJ for Democratic gubernatorial candidate Phil Murphy, his first outing since he left office Barack Obama lamented the current state of politics. "We thought we put that to bed," Obama said. "That's folks looking 50 years back. This is the 21st century, not the 19th century." Watch his full speech below:

Posted by Councilman George L. Cook III at 9:34 AM