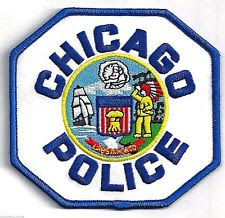 An oversight agency for the Chicago Police Department has cited a veteran officer for more than 60 rule violations, including openly advocating for civil war and Facebook posts that that it deemed to be racist, Islamophobic or threatening.

A 95-page report obtained by the Chicago Tribune shows that the Civilian Office of Police Accountability sustained 62 allegations of rule-breaking against Officer Brian J. Hansen.

"There can be no doubt, based on PO Hansen's Facebook activity and vehicle decals, that PO Hansen cannot live out this mission," the investigators wrote.

Most of the allegations involved Facebook comments Hansen posted between 2015 and 2017, according to the report.

"Alarmingly, PO Hansen also openly advocated for 'civil war,' encouraged people to settle their differences through violence, and even publicly supported the 'code of silence,'" the report said.

Among posts he shared was one of a cartoon boy urinating on the word "Allah" and one referring to African-American children as "wild African kids."

The agency said Hansen argued that his off-duty comments were protected by the First Amendment.

But it said the police department's general order prohibits officers from using social media to post content that's "disparaging to a person or group based on race, religion, sexual orientation, or any other protected class."

The report noted that officers can be fired for bigoted speech without violating the First Amendment. The agency also said that police officers are subject to greater First Amendment restraints than most other citizens.

Since August, the 25-year veteran has been stripped of his police powers and assigned to paid desk duty, according to the report. Police Superintendent Eddie Johnson has up to three months to make a recommendation on Hansen's employment to the Chicago Police Board. The board will ultimately decide Hansen's future with the department.