Della Reese passes away at 86 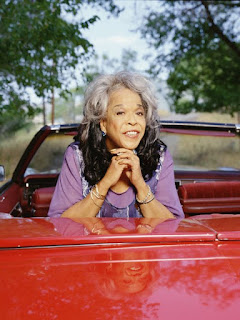 Della Reese who enjoyed dual careers, first as a jazz and pop singer and later as a TV star on CBS' Touched By An Angel, has died at age 86.

Her representative, Lynda Bensky, confirmed her death to USA TODAY, noting, "We lost a magnificent woman who was a trailblazer in many ways."

In a statement sent to USA TODAY by CBS spokeswoman Diane Ekeblad, the network said they were "deeply saddened to learn of the passing of Della Reese, For nine years, we were privileged to have Della as part of the CBS family when she delivered encouragement and optimism to millions of viewers as Tess on Touched By An Angel. We will forever cherish her warm embraces and generosity of spirit...Another angel has gotten her wings."

Reese's singing career began in church, when she joined the junior gospel choir at the Olivet Baptist Church at the age of six in her hometown of Detroit. Soon she was singing at other churches, at civic events and on the radio.

When Mahalia Jackson, known as The Queen of Gospel Music, came to Detroit, she needed a singer to replace a member of her troupe. She turned to Reese, who was only 13.

Jackson was so impressed by the teenager's voice that she enlisted her for a summer tour, and Reese went on to tour with her for five summers.

The singer went on to form her own group, the Meditation Singers, in the late 1940s and signed a deal with Jubilee Records in 1953, with whom she released six albums largely composed of jazz standards.

In 1957, Reese earned national fame thanks to her song And That Reminds Me, followed by her signature hit, Don’t You Know?

Other hits included Not One Minute More, And Now, Someday (You’ll Want Me to Want You) and The Most Beautiful Words.

Reese is survived by her husband, Franklin Lett, and three children.