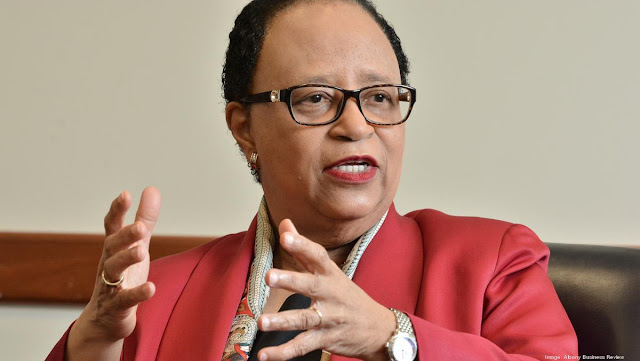 Shirley Ann Jackson worked to help bring about more diversity at MIT, where she was the first African-American woman to earn a doctorate. She then applied her mix of vision and pragmatism in the lab, in Washington, and at the helm of a major research university.

Shirley Ann Jackson arrived at MIT in the fall of 1964 as one of just a handful of black students and the valedictorian of her public high school in Washington, D.C. In the midst of working on her first physics problem set, she emerged from her room and noticed all the other first-year women on her floor out in a common area, doing theirs together. “If you know anything about MIT, you know that working the problem sets is a big deal,” she says. “So I gathered up my paperwork and said, ‘May I join you?’

“I said, ‘I’ve done half the problems already and I know how to do the other ones.’

“And another girl said, ‘Didn’t you hear her? She said go away.’”

And that was just the start. “It was pretty isolating,” Jackson says of her undergraduate years. Students avoided sitting next to her in lecture halls. If she joined others in the dining room, they would generally finish faster or skip their dessert. When that freshman study group rejected her, she went back to her room and cried. But after a while she told herself, “Well, I do have to hand in these physics problems.” So, she says, “I got myself together and finished the work.”

As a girl, Jackson studied the circadian rhythms of bees she captured from flowers and shrubs around her home.

Jackson would need that kind of resilience to see her through nine years at MIT, as both an undergraduate and a graduate student in physics. Becoming the first African-American woman to receive a PhD from the Institute—in any field—served as prologue to a career that has spanned research, public policy, and academic leadership. She’s worked as a theoretical physicist at Bell Laboratories and chaired the U.S. Nuclear Regulatory Commission. She co-chaired President Obama’s President’s Intelligence Advisory Board and served on the boards of IBM and FedEx. And since 1999, she’s been president of Rensselaer Polytechnic Institute in Troy, New York.

“It’s nearly impossible to understand the full sweep of Shirley’s career, from academia to government to business,” says Sylvester Gates, a physicist at Brown University who considered Jackson his mentor at MIT. “She has been extraordinarily successful in all of those realms. She also has a magnificent ability to understand organizations and how to be effective within them ... She has always been the cool head in the group.”

Posted by Councilman George L. Cook III at 5:41 AM