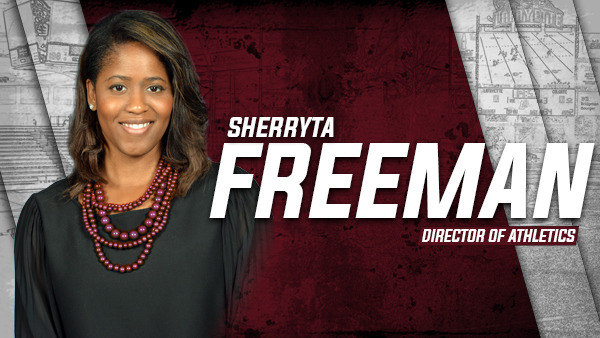 Sherryta Freeman, who has spent more than 15 years as a senior level administrator at Temple, Penn and Dartmouth, has been named the new Lafayette College director of athletics, it was announced on Friday afternoon. Freeman will be formally introduced at a press conference on Jan. 2.
Freeman is set to take over in February, replacing Bruce McCutcheon, who announced his retirement Sept. 21 after 16 years as AD.
Freeman is senior associate athletic director and senior woman administrator at the University of Pennsylvania, where she has served as chief of intercollegiate athletics since 2016.
“I am excited to begin my work with student-athletes, coaches, staff, alumni, campus leaders and the entire Lafayette community. Together we can achieve academic and athletic excellence while providing the best experience for our student-athletes,” Freeman said in a release from the school.
“Being part of a championship culture is part of Sherryta’s background and I am confident she has the skills and energy to create that culture at Lafayette,” said Lafayette Vice President for Campus Life Annette Diorio, who chaired the search committee.
“I am delighted with the appointment of Sherryta Freeman, who brings great experience from great institutions. As a former championship varsity athlete herself, she understands how academic success and athletic success go hand in hand at colleges like Lafayette,” said Lafayette President Alison Byerly. “I am confident that Sherryta has the vision, passion and leadership to take Lafayette’s athletics programs to a new level.”
Freeman worked in multiple roles at Temple University, which competes at the FBS level in football. She was the senior associate AD from 2011-15, associate AD for compliance and student services from 2007-11 and the assistant AD for compliance from 2005-07.
Prior to Temple, Freeman realized her first administrative opportunity at her alma mater, Dartmouth College, serving as the assistant AD for compliance from January 2004 to August 2005. Her appointment at Dartmouth came a month before she completed her master’s degree in sport management from the University of Massachusetts and followed a six-month stint at Dartmouth as a compliance and event management assistant.
Freeman’s first foray into the collegiate athletic administration came at the Ivy League office from 2001-02, when she worked as a public information assistant in Princeton, N.J.
The native of Hillside, N.J., earned her undergraduate degree in environmental studies with a minor in African and African American studies from Dartmouth in 2001. She was a four-year varsity letter-winner in basketball and a member of two Ivy League championship teams which secured NCAA Tournament appearances in 1999 and 2000.

Posted by Councilman George L. Cook III at 7:56 AM