LeBron James on Trump: He doesn't 'give a f--- about the people' 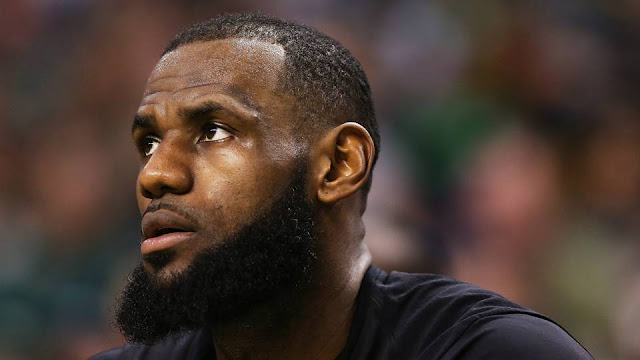 LeBron James laid into President Trump in a new video from Uninterrupted, saying that the president doesn’t "give a f---" about the American people.

In the video, which was filmed in January, ESPN’s Cari Champion interviews James and Kevin Durant while driving the NBA stars in an Uber.

"The number one job in America, the ... person is someone who doesn't understand the people, and really don't give a f--- about the people,” James said of Trump.

Champion raised the issue of what she called Trump’s "racist comments." The interview was conducted near the time last month Trump was under fire for referring to Haiti, El Salvador and African nations as "shithole countries."

"It's not even a surprise when he says something,” James said. “It's, like, laughable; it's laughable and it's scary."

He added that he wants to use his platform as an athlete to set an example for what is acceptable.

“While we cannot change what comes out of that man’s mouth, we can continue to alert the people that watch us, that listen to us that this is not the way,” he said.