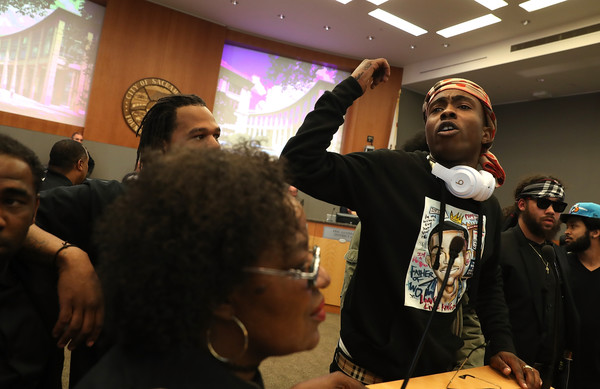 Stevante Clark, the brother of Stephon Clarkan unarmed black man who was shot and killed by police temporarily shut down a Sacramento city council meeting about the shooting.

He led a group of protestors into the meeting chambers in city hall, all chanting Stephon Clark’s name.

The interruption caused the meeting to temporarily shut down.

Hundreds of protesters also gathered at the meeting, chanting and holding signs.