Meghan Markle may not be the first black royal 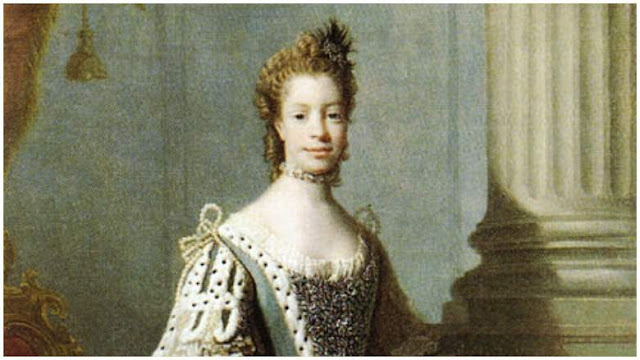 The nuptials of Prince Harry and Meghan Markle on Saturday will mark a break from royal-wedding tradition in a number of ways, from the wedding cake to the invitations. Among the wedding’s most significant deviations from the past is the very fact that the bride is Meghan Markle: as a divorced, American, Catholic-raised woman of color, she falls into into several categories that stand out on the British royal family tree.

But some experts believe that Markle — whose father, Thomas Markle, is white and whose mother, Doria Ragland, is African-American — wouldn’t be the first black royal in British history.

One leading theory is that the distinction of being Britain’s first black Queen or first biracial Queen may belong to Queen Charlotte, who became Queen when she married King George III, who reigned from 1760 to 1820. Born Sophia Charlotte of Mecklenburg-Strelitz, the German princess was 17 when she married the 22-year-old British monarch, whom she met for the first time about six hours after arriving in Britain. They had 15 children together, 13 of whom lived to adulthood.

According to Mario De Valdes y Cocom, who researched her roots for a PBS Frontline documentary, Queen Charlotte is directly descended from a branch of the Portuguese royal family that had its roots in Africa. When the King of Portugal in the 1200s conquered the town of Faro from the Moors — the Muslim population of the Iberian peninsula, with links to North Africa — he took the governor’s daughter as a lover, and ended up having three children with her, Valdes recently told the Washington Post. Valdes’ research suggests that one of those children married into the de Sousa family, and he has traced six different lines from 15th-century Portuguese noblewoman Margarita de Castro y Sousa down to Queen Charlotte.

There’s evidence that people back then appeared to have noticed that she looked like she may have come from a mixed-race background. The Queen’s personal physician, Baron Stockmar, described her as having “a true mulatto face,” and a poem about the coronation ceremony that was written following her wedding that described her as, “Descended from the warlike Vandal race, / She still preserves that title in her face. / Tho’ shone their triumphs o’er Numidia’s plain…” (This poem is confusing, as a piece of evidence: Numidia was a North African kingdom, but the Vandals were originally Germanic.)

Experts like Valdes also point to paintings of her, including the one shown above, which is from the 1760s and attributed to abolitionist portraitist Allan Ramsay. “She did have mixed-race features, and Ramsay was a portraitist who reflected this accurately and didn’t make her look as if she was white,” says Robert Lacey, a historian and expert on the British Royal Family who has consulted on Netflix’s The Crown and who recently appeared on British streaming service Britbox’s WED Talks series. Such treatment was not a foregone conclusion: For example, Queen-consort Philippa of Hainault, who married King Edward III in 1328, was once described as “brown of skin all over,” but portraits show otherwise.

Read more: Why Historians Aren't Really Sure Whether Meghan Markle Will Be the First British Royal of Color