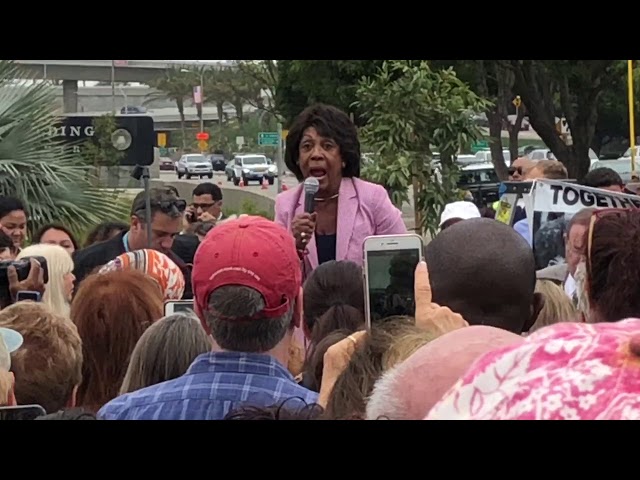 Rep. Maxine Waters (D-Calif.) on Saturday called on her supporters at a rally to confront Trump Cabinet officials in public spaces like restaurants and department stores to protest the administration's policies.

"I have no sympathy for these people that are in this administration who know it is wrong what they're doing on so many fronts but they tend to not want to confront this president," Waters said at a Los Angeles rally on Saturday.

Waters' call comes as the Trump administration faces major backlash over the handling of its "zero tolerance" immigration policy, which has resulted in the separation of immigrant families.