African-American Communities Lack Movie Theaters, and Here’s Why Many May Never Be Developed 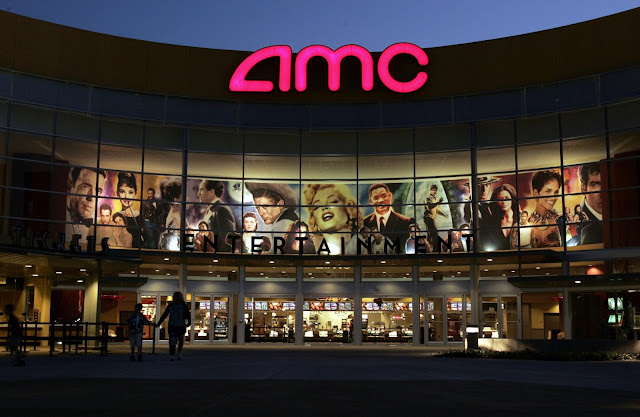 African-American and Latino audiences are more interested in moviegoing than many other populations, and yet in a country with nearly 40,000 screens, some of these communities face a cinema desert. That seems counterintuitive at best, racist at worst, and difficult to improve: We are in a period with fewer new theaters under development than virtually any time since the multi-screen era began five decades ago. Here’s why some areas may never see a movie house.

There’s a number of major population centers with African-American communities with successful theaters. Atlanta leads the way, but others thrive in or around Los Angeles, San Francisco, Baltimore, and Chicago.

Selma has a population of about 19,000, and is the largest town in a county of 46,000. The closest multi-screen theaters are in Plattville and Montgomery, at a distance of 35 miles or more. The city is 80 percent black; the county, 63 percent.

While Selma doesn’t have a commercial theater, it has the Walton, a single-screen outlet owned by the city and leased by a local nonprofit. With the support of distributor Paramount Pictures, the Walton provided free screenings of “Selma” for several weeks during its general release in January 2015. Currently, the theater is showing “Ant-Man and the Wasp.” (DuVernay’s “A Wrinkle in Time” also screened this spring.)

Among its 10 top-grossing films in the last three years are three by black directors (“Black Panther” and two Tyler Perry films), plus three more with significant black story elements (“Hidden Figures,” “Woodlawn,” and “War Room,” its biggest success.) The theater tries to avoid R-rated films, which limits play across the board and particularly among some of the most acclaimed African-American directed films of recent years like “Get Out,” “Moonlight,” and “Birth of a Nation.”

While the Walton is clearly a valuable Selma resource, it’s a town is large enough to be served by more than a single screen. Many similar small towns have four- to six-screen theaters, often the result of the boom in multi-screen construction 20 to 30 years ago.

Compton’s situation is similar. The Los Angeles suburb is about 65 percent Latino, with 26 percent of households below poverty level. The nearest theaters are multi-screen complexes in Carson, Paramount, and the Los Angeles neighborhoods of Baldwin Hills, with the closest at least 15 minutes away.

A population of nearly 100,000 is enough to support a theater complex, but that absence is not unheard of given the sometimes-patchwork municipalities of Los Angeles county; West Hollywood and Beverly Hills have no major-first run theaters. However, Compton is hampered by economic and construction issues in a way those independent cities are not.

It’s been more than two years since Moctesuma Esparza’s Maya Cinemas proposed building a 14-screen complex in Compton. Esparza currently has five complexes in California, all located in underserved Latino areas; another in Las Vegas is on the way. However, he’s yet to break ground in Compton, and recently told the Los Angeles Times that he’s stymied by the lack of available land for parking.

Other smaller, mostly black cities lack local theaters, including East St. Louis, Illinois; Gary, Indiana; and Camden, New Jersey. Similarly, the largely Latino community of unincorporated East Los Angeles with a population of over 150,000 is served by no modern first-run complexes closer than downtown Los Angeles to the west or Commerce to the east.

In a time of plateauing ticket sales, and the promise of these underserved, movie-loving audiences, why don’t theater chains respond to the demand? One answer lies in the economic calculations necessary to invest in modern a multi-screen theater that will include stadium seating, plush seats, IMAX screens, and other amenities now viewed as standard essentials to attract audiences in the streaming age.

When complexes began to replace single screens in the ’70s and ’80s, it was a much less expensive proposition; chains opened new outlets in strip malls and other established shopping centers. Today, those hubs are dying, and a new theater often means committing to new construction to accommodate those massive screens and stadium seats. At a minimum, it’s a $15 million investment.

To support that outlay, investors look for areas that offer other local draws like restaurants and other entertainment venues. No one wants to count on movies as the sole attraction. That means a rabid audience isn’t enough; communities need parallel economic development, which is another complex and challenging issue with its own racial overtones.

While Magic Johnson’s theater chain failed — of the five multiplexes he opened in Cleveland, Houston, Atlanta, Los Angeles, and Harlem, only the AMC Magic Johnson Harlem 9 remains — companies like Maya still offer hope. However, cinemas are not a growth industry in America. Domestic screen numbers show decline, and theater chains focus their outreach overseas. Yes, all audiences have unprecedented access via streaming — but as they say, it’s just not the same.