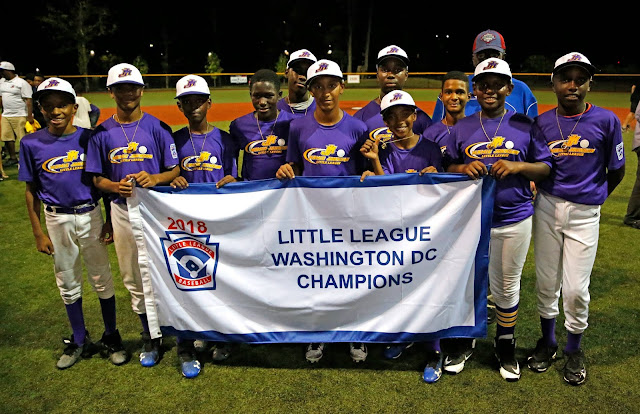 The youth baseball team is now advancing to the regional tournament in Bristol, Connecticut, after beating Capitol Hill Little League 14-7 in the title game on Tuesday.

The Mamie Johnson Little League team is only the second all-African American team to compete in the championship game.

The team was created in 2015, and named after Mamie "Peanut" Johnson, a Washington, D.C., resident who was the first female pitcher in the Negro Leagues.

The team, made up of mostly 12- and 13-year-olds, celebrated their big win on the field after the game -- but not for long. By Wednesday, they were already back at their home base, the Washington Nationals Youth Baseball Academy, practicing for next month's regional tournament.