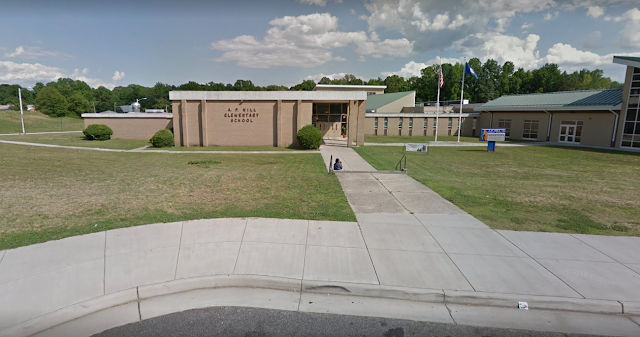 Renaming schools and removing statues can be expensive, so donors are quietly stepping up to help communities pay.

Three elementary schools in Virginia formally dropped their Confederate affiliated names this week after the largely African American city of Petersburg received a $20,000 donation from an anonymous donor to cover the costs of changing the schools’ signs and other places where the names appeared. The schools previously stood as symbols of institutionalized racism, honoring various Confederate generals and war heroes. After the makeover, however, A.P Hill is now Cool Springs, Robert E. Lee is called Lakemont, and J.E.B. Stuart is Pleasants Lane.

The donation is emblematic of a new trend of anonymous giving which has funded the removal of historically bigoted statues or the renaming of buildings and institutions. In September 2015, an anonymous donor agreed to cover the costs of removing three Confederate statues and a monument in New Orleans. (The erroneously honored were Robert E. Lee, P.G.T. Beauregard, Jefferson Davis, and the Battle of Liberty Place.) The process was coordinated through the Foundation for Louisiana, which accepted the donation and, in turn, worked with the city to cover costs.

In August 2016, Vanderbilt University completed the complicated process of removing the term “Confederate” from its previously named Confederate Memorial Hall. The university had been trying to do so for at least 15 years, but ran into legal trouble because that original name was part of a charitable gift received in 1933 from the United Daughters of the Confederacy. In 2005, a Tennessee court ruled that the school could only delete the name if it repaid the $50,000 gift, whose value had ballooned to $1.2 million current value. A pool of anonymous donors subsequently raised the cash. Efforts like this have steadily gained steam since a white nationalist rally of known hate groups turned deadly in Charlottesville in August 2017.