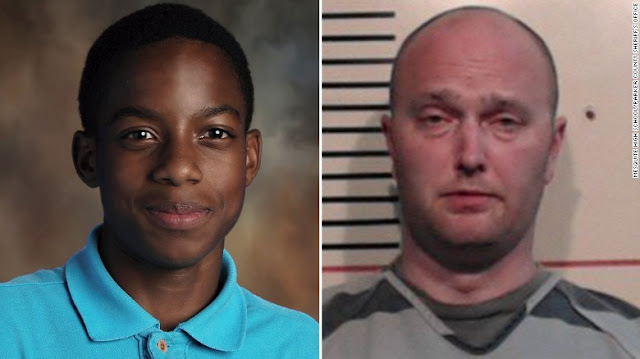 On Tuesday, a Dallas County jury convicted the former Balch Springs police officer of murder for shooting Jordan Edwards an unarmed 15-year-old as he left a party with his brothers and two friends in April 2017.

Roy Oliver, 38, was found not guilty, however, on two counts of aggravated assault for firing his rifle into the car full of teens.

The former officer, who was fired from the force not long after the shooting, was immediately taken into custody, and his bond was revoked.

He faces up to life in prison when testimony resumes Wednesday in the trial's punishment phase.

The mother of Jordan Edwards thanked jurors Tuesday for convicting her son's killer rather than letting him "walk away."

"The police just walk away and don't have to give account for anything," Charmaine Edwards testified in the punishment phase of Roy Oliver's trial. "I'm forever grateful that y'all seen it in your hearts to see that it was wrong."

Posted by Councilman George L. Cook III at 11:12 AM