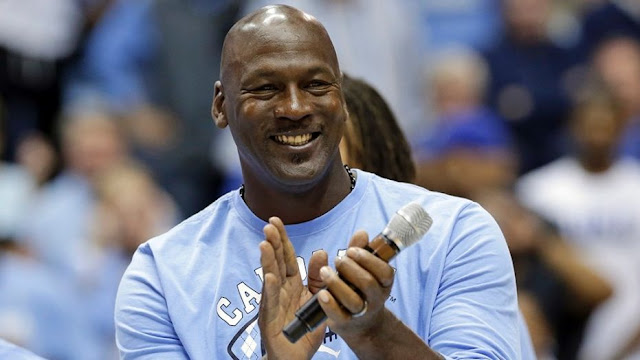 Michael Jordan grew up playing high school basketball in Wilmington, North Carolina. So when the former NBA star watched the destruction caused by Hurricane Florence to his hometown and surrounding area, he acted quickly to help.

The six-time NBA champion and Charlotte Hornets owner donated $2 million on Tuesday to assist residents of the Carolinas -- $1 million each to the American Red Cross and the Foundation For The Carolinas' Hurricane Florence Response Fund.

"It just hits home," Jordan told The Associated Press in a telephone interview. "I know all of those places: Wilmington, Fayetteville, Myrtle Beach, New Bern, and Wallace, which is where my father is from. So quite naturally it hits home, and I felt like I had to act in a sense that this is my home."

"At the end of the day, it makes you think about the path that you have taken, and where your life has taken you," Jordan said. "And I just feel like, well, maybe if I can help in some sort of way all of the people, and all of the places, that have helped me along the road."

Jordan said it's fulfilling to have the resources to help.

"I have been one of the lucky ones to move on and build an unbelievable career," said Jordan, who played college basketball at North Carolina. "It just makes it a little more special when you can actually help out an area you know very, very well."

"We reached out to try to find as many partners who are willing to sacrifice and give to this cause," Jordan said. "The Red Cross will deal with the immediate food and shelter and the Foundation For The Carolinas will deal more with the long-term assistance. This is not a short-term thing. This is going to be a process, but it is going to take time."