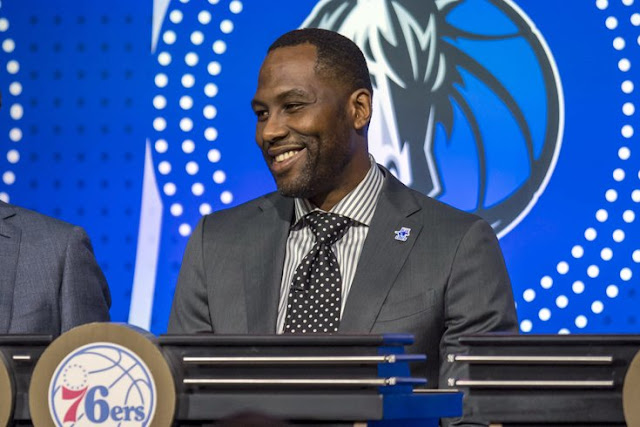 Brand made a strong impression on ownership and coach Brett Brown in the interview process, beating out several more-experienced candidates inside and outside the Sixers organization, sources said. Ultimately, ownership believed Brand had sold them on vision, preparedness and the ability to grow into the role at a crucial time for the organization.

Brand, 39, had been recently promoted to executive vice president of basketball operations after serving the past year as GM of the Sixers' G League affiliate in Delaware.

After retiring as a player in 2016, he spent two years in the organization before this elevation to oversee the front office.

Brand replaces Brown, who had been the interim GM since Bryan Colangelo resigned in June after his wife admitted to operating Twitter accounts that criticized team members and propped up her husband.