Eric Holder: ‘When They Go Low, We Kick ‘Em’ 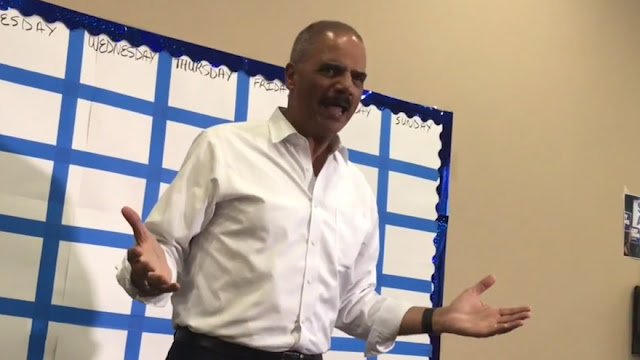 While speaking at an event for Georgia state House candidate Regina Lewis-Ward, former U.S. Attorney General Eric Holder spoke about his love and respect for former First Lady Michelle Obama. But after that he suggested that Democrats are playing too nice and being soft going into the upcoming mid-terms and flipped Michelle Obama's famous "When they go low, we go high" slogan around and said that "When they go low, we kick em".