Ayanna Pressley Will Get The Old Office Of the First Black Congresswoman, Shirley Chisholm 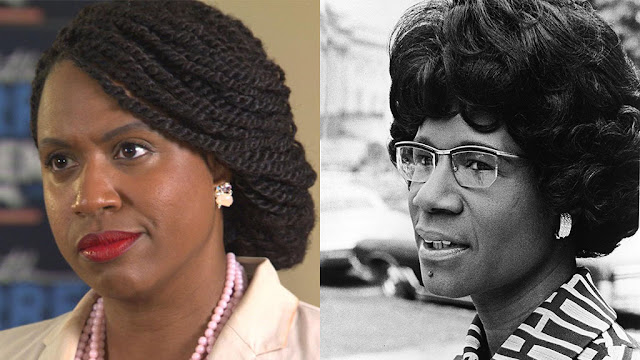 Rep.-elect Ayanna Pressley (D), who became the first black woman to ever be elected to Congress from Massachusetts last month, says after she's sworn in she will work out of an office once occupied by her "hero," former Rep. Shirley Chisholm (D-N.Y.).

Wow! TY Mommy for the extra bday luck! We just learned my Congressional Office designation will be #ShirleyChisholm 's former office. How's that for divine intervention, AND the selflessness of my colleague @KatieHill4CA who drew a better lottery# but still wanted me to have it.