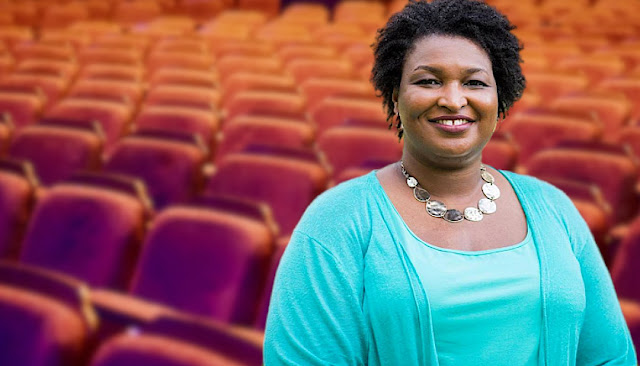 Democrats are doing a full-court press to draft Stacey Abrams into Georgia’s 2020 Senate race, a move that would put in play a state that hasn’t gone blue in two decades and could reshape the party’s path to retaking the Senate majority.

The problem is that Abrams still has hopes of becoming governor — it’s where she could have the most direct impact on issues like voting rights — and isn’t sold on the Senate. But the pressure on her to run in 2020, capitalizing on her rise to national prominence last year and her continued popularity in Georgia despite losing the 2018 governor’s race, is only growing.

Abrams is giving serious consideration to a Senate run, and she met with Senate Minority Leader Chuck Schumer and Democratic Senatorial Campaign Committee Chairwoman Catherine Cortez Masto (D-Nev.) in recent weeks. As she deliberates, Abrams also sat down with three of the most prominent African-Americans in the Democratic Party: Sen. Cory Booker (D-N.J.), who has been close with Abrams since they overlapped in law school, Sen. Kamala Harris (D-Calif.) and Rep. John Lewis (D-Ga.). Lewis said that he wasn’t urging Abrams to choose a path forward, but that he’d be a “strong supporter” of whatever she does next. Abrams has also been keeping supporters fired up with a statewide tour billed as an opportunity to thank her backers in 2018.

State Rep. Al Williams, a close ally of Abrams’, said Abrams is getting the “hard sell” from national and local Democrats who want her to run in 2020, but that she hasn’t indicated to him whether she’s leaning towards or against a run.

“The Democratic Party certainly needs candidates like Stacey Abrams, so there will be a lot of push for her to run,” Williams said.

The biggest thing in the way of that push is Abrams' ambition to be Georgia's governor. “She's the obvious frontrunner for the race. But I still think she wants to be the governor and she always has, and that's going to weigh on her,” said Jason Carter, Democrats' 2014 gubernatorial nominee and the grandson of former President Jimmy Carter.