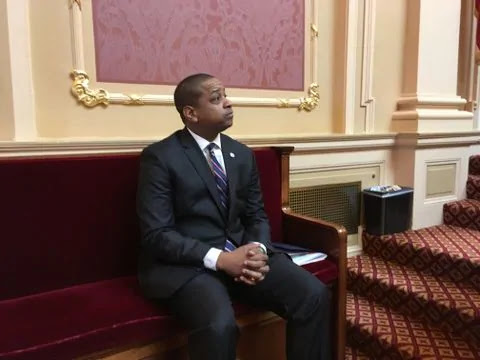 Virginia Lt. Gov. Justin Fairfax (D), the only African-American official elected to a statewide position, was the lone protester on Friday during a tribute in the state Senate honoring Confederate Gen. Robert E. Lee’s birthday.

As a descendant of slaves, Fairfax told The Washington Post that he didn’t believe Lee was someone to honor on the floor of the statehouse.

“I think it’s very divisive to do what was done there, particularly in light of the history that we’re now commemorating — 400 years since the first enslaved Africans came to the commonwealth of Virginia," he said.

“And to do that in this year in particular was very hurtful to a lot of people. It does not move us forward, it does not bring us together. And so I wanted to do my part to make it clear that I don’t condone it,” Fairfax continued.