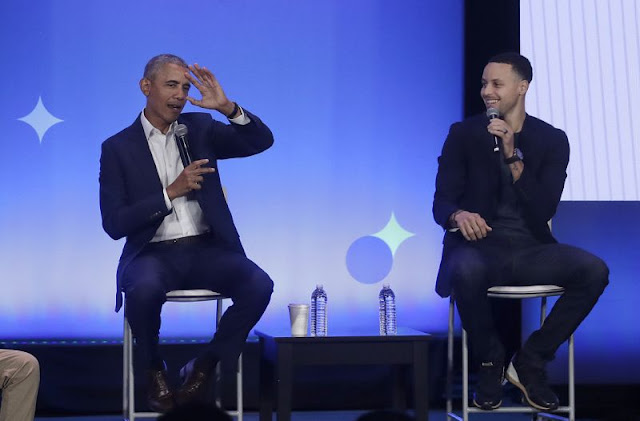 On the fifth anniversary of his My Brother's Keeper Initiative President Obama joined a town hall with Golden State Warriors superstar Stephen Curry and young men of color. The young men took the opportunity to ask questions about his upbringing, his advice and what he sees as necessary for young people to thrive in America. Obama and Stephen Curry told the roomful of minority boys on Tuesday that they matter and urged them to make the world a better place.

Watch Obama and Curry speak to the young boys below: