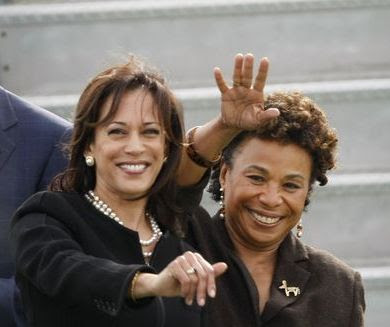 Lee, who has been called "the House's lefty conscience" will be California co-chair of Harris' presidential campaign. "Watching Kamala's career in the East Bay and San Francisco for 20 years, I've witnessed her deep passion for justice and opportunity and I know she will be a president truly of the people, by the people, and for the people," Lee said in a statement obtained exclusively by CNN.

"She will increase working Americans' incomes, expand health insurance to more Americans and restore dignity and responsibility to the Oval Office. She is a leader uniquely qualified to bring us together and mobilize a movement of Americans to return power to the people."

With her endorsement, Lee becomes the first CBC member to weigh in on the Democratic primary, a contest that for the first time includes two CBC members -- Harris and Sen. Cory Booker of New Jersey.