Aretha Franklin inducted into the Blues Hall of Fame 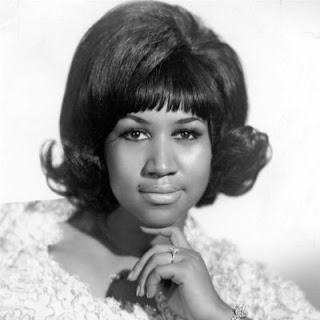 Aretha Franklin is among the performers named as inductees to the Blues Hall of Fame.The Blues Foundation announced this year's honourees on Friday. An induction ceremony is scheduled for May 8 at the Halloran Centre for the Performing Arts and Education in Memphis, Tennessee.

The blues and rhythm & blues are interconnected enough that installing the late Queen of Soul might seem like a no-brainer to many fans. But for anyone who doubts that Franklin counts as a true exemplar of the genre, the Blues Foundation helpfully points out that the very first record she ever released after signing with Columbia was a song called "Today I Sing the Blues," and her fifth album was "Unforgettable: A Tribute to Dinah Washington." In 1980 she released a compilation of her more blues-oriented early material, "Aretha Sings the Blues."

Count Basie and Booker T. & the MGs are also set into be inducted into the Blues Hall of Fame.

Posted by Councilman George L. Cook III at 7:50 AM