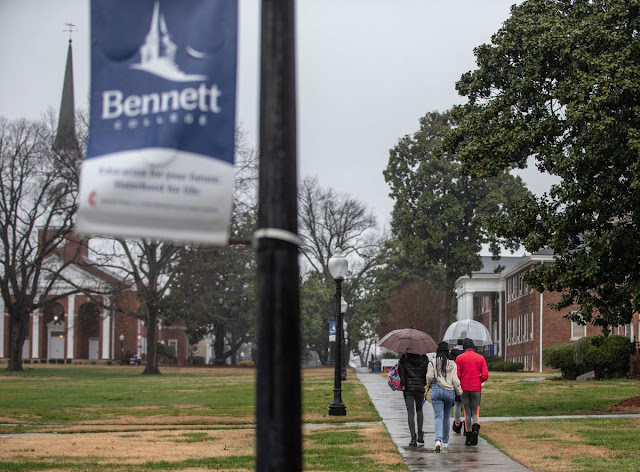 Bennett College has filed a federal lawsuit to keep its accreditation, the school’s president, Phyllis Dawkins, announced on February 22nd.

A federal judge in Atlanta granted a temporary restraining order, which means the college’s accreditation will remain intact while the court case proceeds, Dawkins said at a news conference. The legal proceeding is expected to last months or even years, she said.

The action followed the news earlier that Bennett had lost an appeal to its accrediting agency. The college had raised $9.5 million in a dramatic, two-month drive to prove to the agency that it could survive financially.

The appeals committee, the news release said, “found that Bennett College had ‘failed to show that the institution possesses resources demonstrating a stable financial base to support the mission and scope of programs and services.’”

The decision was a blow to the historically black women’s college in Greensboro — one of two such schools in the nation. Bennett had waged a successful national campaign for its survival, bringing in well more than its $5 million goal for fundraising.

A loss of accreditation typically carries with it the loss of federal funding, such as student financial aid, and can lead to a school’s closure.

The college has also submitted an application to another accrediting agency that focuses on Christian schools. A team from the Transnational Association of Christian Colleges and Schools will visit Bennett in March, Dawkins said.

Posted by Councilman George L. Cook III at 4:42 AM