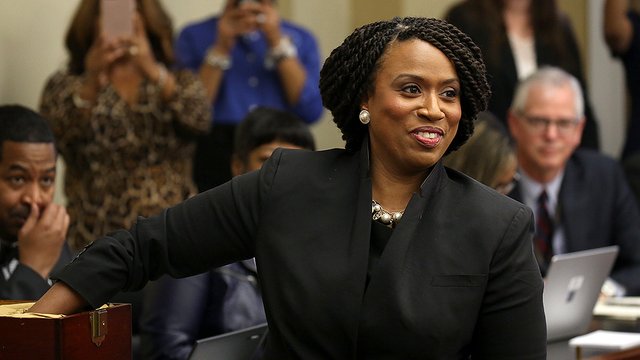 WASHINGTON  – Ahead of debate in the House of Representatives on H.R. 1, the For The People Act - transformative legislation that puts the power of democracy back in the hands of the American people, Congresswoman Ayanna Pressley (D-MA) introduced an amendment that would lower the federal election voting age from 18-years-old to 16-years-old.  In some states, including Massachusetts, 16- and 17-year-olds can pre-register to vote so that upon their 18th birthday, they can participate in the federal election process. Congresswoman Pressley’s amendment would expand these efforts so that people as young as 16-years-old can elect members of Congress and the President of the United States.

“Across this nation, young people are leading the way – from gun violence, to climate change, to the future of work – they are organizing, mobilizing, and calling us to action,” said Congresswoman Pressley. “My amendment to H.R. 1, the For The People Act, will strengthen the promise of our nation’s democracy. I am proud to propose an amendment that will lower the mandatory minimum voting age from 18-years-old to 16-years-old for federal elections, giving young people the power to elect members of Congress and the President of the United States. In the Massachusetts 7th, young activists remind us daily what is at stake, and just how high those stakes are. Our young people are at the forefront of some of the most existential crises facing our communities and our society at large. I believe that those who will inherit the nation we design here in Congress by virtue of our policies and authority should have a say in who represents them.”