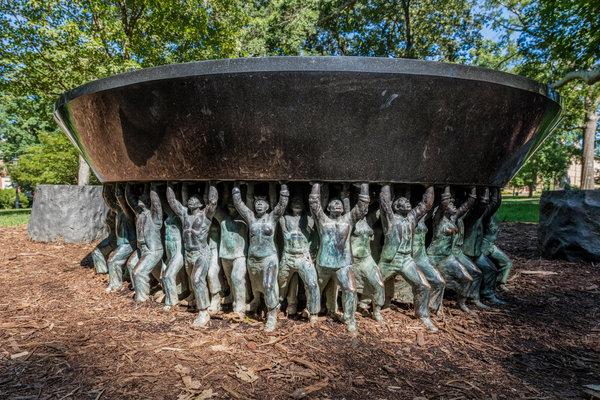 Police on Monday arrested two people over the vandalism of a memorial to slaves and African American workers who helped build the University of North Carolina at Chapel Hill, a campus still roiled by last year's toppling of a Confederate monument.

The Unsung Founders' Memorial, erected in 2005 at UNC's flagship campus, was vandalized at about 1:30 a.m. on March 31 by two people, including one with ties to a group called Heirs to the Confederacy, the university police said.

Vandals wrote racist language on it with permanent marker and defaced it with urine, police said, adding that the suspects were later identified through security video.

Media outlets, including news website Chapelboro.com, said Nancy McCorkle, 50, of Newberry, South Carolina and Ryan Barnett, 31, of Sanford, N.C., were arrested on misdemeanor charges of vandalism and ethnic intimidation, and released on bond.

A police representative was not immediately available to comment to Reuters early on Tuesday, and it was unclear if McCorkle and Barnett had legal representation.