New Book “Sweet Georgia Brown: Impact, Courage, Sacrifice, and Will” Is a Chronicle of the Military Achievements of Black Women During World War II 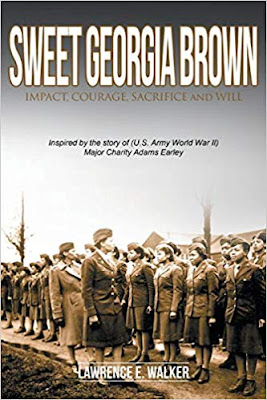 Lawrence E. Walker is a native of New Jersey, president and CEO of PureHistory.org, an online social search engine and media network focusing on American History and around the World, and recipient of the Army Person of the Year award in 1997 for his groundbreaking research on the history of black women who served during World War II. He has completed his book “Sweet Georgia Brown: Impact, Courage, Sacrifice, and Will”: an inspiring work the celebrates the lives, accomplishments, and perseverance of black American women who served their nation during the Second World War despite significant endemic racial and gender discrimination.

Walker writes, “Charity Adams Earley, commander of the 6888th Central Postal Directory Battalion in World War II, summarized the history of women in the military when she wrote in 1989: ‘The future of women in the military seems assured... What may be lost in time is the story of how it happened. The barriers of sex and race were, and sometimes still are, very difficult to overcome, the second even more than the first. During World War II women in the service were often subject to ridicule and disrespect even as they performed satisfactorily... Each year the number of people who shared the stress of these accomplishments lessens. In another generation young black women who join the military will have scant record of their predecessors who fought on the two fronts of discrimination segregation and reluctant acceptance by males.’”

Published by New York City-based Page Publishing, Lawrence E. Walker’s book is a fascinating record of the intersection of African-American, women’s, and modern military history in the United States.

Readers who wish to experience this engrossing work can purchase “Sweet Georgia Brown: Impact, Courage, Sacrifice, and Will” at bookstores everywhere, or online at the Apple iTunes store, Amazon, Google Play, or Barnes and Noble.

BUY THE BOOK AT AMAZON

For additional information or media inquiries, contact Page Publishing at 866-315-2708.

Page Publishing is a traditional New York-based, full-service publishing house that handles all the intricacies involved in publishing its authors’ books, including distribution in the world’s largest retail outlets and royalty generation. Page Publishing knows that authors need to be free to create - not overwhelmed with logistics like eBook conversion, establishing wholesale accounts, insurance, shipping, taxes, and the like. Its roster of accomplished authors and publishing professionals allows writers to leave behind these complex and time-consuming issues to focus on their passion: writing and creating.