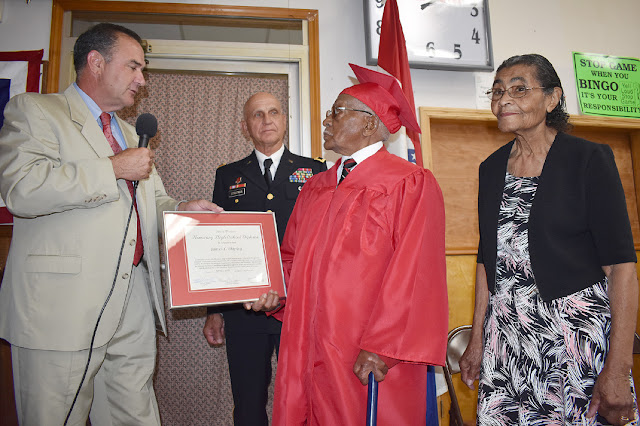 James Shipley, who was unable to finish high school but went on to serve as crew chief for the famed Tuskegee Airman has received an honorary diploma nearly 80 years after leaving high school.

During a speech, Shipley acknowledged he wasn't a good student during high school, but he was happy to receive a diploma.

Shipley said discrimination was more prevalent when he was younger. "People are beginning to realize that color doesn't matter. It's what's in the heart," he said to applause.

Military historian Jeremy Amick, who organized the event says Shipley didn't have a chance to earn his diploma years ago. He attended an all-black high school that wasn't credentialed through 12th grade. Shipley would have had to travel to Sedalia for his final year, and he didn't have the resources to do so.