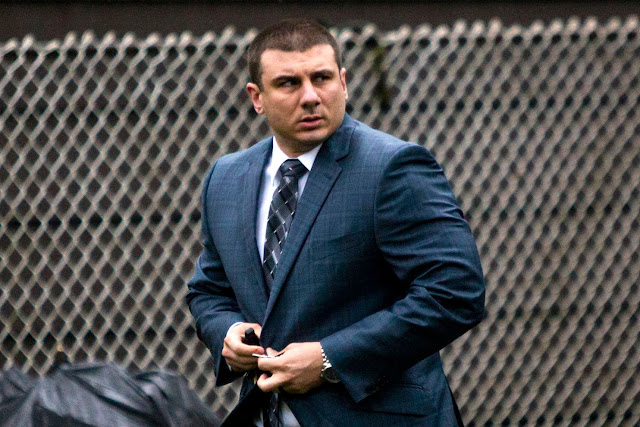 A New York Police Department judge has recommended the firing of Officer Daniel Pantaleo, who faced disciplinary charges over the 2014 death of Eric Garner, according to officials with direct knowledge of the decision.

NYPD Deputy Commissioner of Trials Rosemarie Maldonado handed over her decision on Friday to Officer Pantaleo’s lawyers and to New York City’s Civilian Complaint Review Board, whose attorneys prosecuted the disciplinary case against the officer. Officials from the Civilian Complaint Review Board and Mr. Pantaleo’s lawyers will have up to two weeks to provide comments on the judge’s recommendation to fire Mr. Pantaleo.

The recommendation and comments will then be taken up by NYPD Commissioner James O’Neill, who is expected to terminate Mr. Pantaleo, according to the officials with direct knowledge of the matter. Commissioner O’Neill’s decision is expected later this month.

Gwen Carr, Mr. Garner’s mother, said she had been fighting for justice for her son for five years and the decision was “long overdue.”

“Mayor de Blasio and the NYPD have put up roadblocks and delays every step of the way,” she said. “It brings me some relief to learn that Judge Maldonado has recommended that Pantaleo be fired.”

Mayor Bill de Blasio, a Democrat, praised the NYPD for completing the hearing, although he didn’t directly address the contents of Ms. Maldonado’s recommendation, which is being withheld from public disclosure.

“Today, we finally saw a step towards justice and accountability. We saw a process that was actually fair and impartial,” Mr. de Blasio said in a news conference at City Hall. “If you believe there is a fair and impartial process—and I do—letting it reach its conclusion beyond reproach is necessary,” he added.