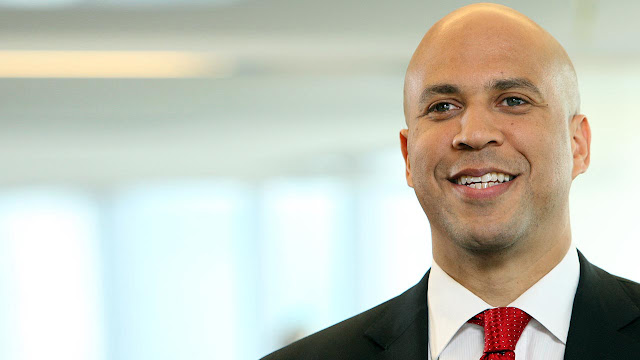 The House unanimously voted to pass legislation authored by New Jersey Senator Cory Booker that could help communities across the country, including Newark, remove lead from drinking water. The Water Infrastructure Funding Transfer Act now heads to President Trump’s desk to be signed into law.

Booker worked closely with House Speaker Nancy Pelosi (D-CA) and House Energy and Commerce Chairman Frank Pallone, Jr. (D-NJ), and the New Jersey House delegation after last week’s passage in the Senate to ensure the legislation was quickly acted upon in the House. Specifically, the legislation would give states facing a threat to public health from lead in drinking water the flexibility to make a one-time transfer of the federal funds in their Clean Water State Revolving Fund to their Drinking Water State Revolving Fund for projects that will remove lead from drinking water. New Jersey would be able to transfer up to $100 million in federal funds for use toward the $120 million lead service line replacement project in Newark and projects in other municipalities.

“Last night’s passage of the Water Infrastructure Funding Transfer Act puts us one step closer to helping cities like Newark address the threat of lead in drinking water,” Sen. Booker, who lives in Newark, said. “Every American should have access to safe, clean drinking water, and this legislation will allow New Jersey to provide Newark with substantial funding as Newark moves to rapidly replace lead service lines.”

“Thank you Chairman Pallone and the New Jersey delegation for their work in quickly getting my legislation passed by the House of Representatives. I urge the President to sign this into law as soon as it reaches his desk to help states make critical repairs and upgrades to their aging drinking water systems.”

“I am pleased that the House acted swiftly to follow the Senate’s lead and pass this common sense legislation,” Sen. Menendez said. “Our bill gives states like New Jersey added flexibility to tap needed federal funding to assist our communities grappling with the challenges of aging water infrastructure. I would implore President Trump to sign this legislation without delay in order to help the residents of Newark and its surrounding communities deal with the current situation of elevated lead in their drinking water. The federal government has a role in ensuring that each family has access to safe, clean drinking water. I will continue to fight for the critical resources New Jersey needs, while holding those federal agencies accountable for ensuring the health and well-being of our residents.”

“Every American has a right to clean drinking water. It is unacceptable that Newark’s residents have been living with elevated levels of lead in their water,” Chairman Pallone said. “Federal funds exist to help communities like those in New Jersey, but for some states, that funding is constrained from being used to address lead contamination. The House acted unanimously to change that, giving New Jersey the flexibility and resources it needs to replace lead pipes and give the people of Newark the clean water they deserve. I am proud to have expedited passage of this important legislation through the House and grateful for my colleagues’ urgent attention to this public health crisis.”

“I am excited to hear that the Water Infrastructure Funding Transfer Act passed,” said Congressman Donald M. Payne, Jr.  “This is a badly needed step towards cleaner water my neighbors in Newark.  The problems with Newark’s water system could occur in any city with aging pipes nationwide.  Communities need the flexibility to spend federal funding to improve their water supply when necessary because nothing is more important than the health and safety of their residents.  I have been proud to work with Senator Booker, Congressman Pallone and national as well as local agencies to fix this problem as quickly as possible.  I will continue to do so until Newark’s water is clean.”

“All Americans deserve access to clean drinking water, and the federal government has a responsibility to help communities that are struggling to meet that goal,” Congressman Albio Sires said. “I am proud to join my New Jersey colleagues in the House and Senate in supporting the Water Infrastructure Funding Act, to give New Jersey the flexibility to use federal infrastructure funding to upgrade its water systems. This common-sense bill will go a long way towards ensuring that Newark residents have access to clean water, and it can help other communities get ahead of any potential water infrastructure issues. We are our brothers’ keepers, and we cannot fail to act when our neighbors are in trouble. The bill is now awaiting the President’s signature and I sincerely hope that he will stand with us in protecting clean water for all Americans.”

“Yesterday, the New Jersey delegation worked together to get Senator Booker’s legislation unanimously passed by the House of Representatives,” Governor Murphy said. “States and municipalities can’t upgrade our nation’s aging water infrastructure alone and, once it is signed into law, this legislation will allow New Jersey to utilize up to $100 million in federal funds to help Newark and other cities fund the replacement of lead service lines. This is amazing news for our state and I applaud our congressional delegation for their efforts.”

“Last night's vote was a huge win for the City of Newark and many communities across the United States that are dealing with older, aging infrastructure,” Mayor Ras Baraka said. “Thank you to New Jersey Senators Booker and Menendez for creating opportunities and solutions to fund critical projects that will help eliminate lead service lines and provide clean, safe and healthy water to countless families.”

Since an engineering study was released in October 2018 finding that lead was leaching into Newark’s drinking water because of ineffective corrosion treatment at one of the City’s water treatment plants, Booker has worked tirelessly in the Senate to help the city get the federal resources it needs to fix the problem. In December, Booker urged Senate Majority Leader Mitch McConnell and Minority Leader Chuck Schumer to include this measure he authored to provide a source of funding for Newark in a 2018 end-of-year spending bill. The measure wasn’t included in that spending deal, so Booker introduced the measure as a stand-alone bill in May and pushed its passage through the Environment and Public Works Committee, which he sits on, in June. The Committee filed a written report on the bill in July 2019.

Also in June, Booker worked to include the measure as an amendment to the National Defense Authorization Act, which was moving through the Senate, but it was blocked by Republicans. Booker then worked to “hot-line” the bill for Senate passage before Congress broke for recess in early August, but the effort was again blocked by Republicans. Bills can be “hot-lined” for passage, which means they do not need to come to a vote on the Senate floor, if no Senator raises objections to the bill.

Since additional serious concerns over the lead in drinking water in Newark were reported in August, Booker has aggressively and repeatedly pushed the federal government to provide more resources for the city. He has helped pass out bottled water to affected residents and he met with the U.S. Environmental Protection Agency (EPA) Region 2 Administrator Peter Lopez to discuss EPA’s duty and on-the-ground efforts in Newark. He also—along with Senator Bob Menendez (D-NJ), Albio Sires (D-NJ), and Donald Payne Jr. (D-NJ) – urged the U.S. Department of Agriculture (USDA) to help administer lead blood screenings for affected residents in Newark. That request followed a separate letter, Booker sent with New Jersey lawmakers urging the USDA to offer additional assistance to serve the immediate needs of Newark residents by making temporary changes to the Supplemental Nutrition Assistance Program (SNAP) and Supplemental Nutrition Program for Women Infants and Children (WIC). The lawmakers also sent a letter to the EPA urging it to assist state and local efforts to deliver safe drinking water to Newark residents.
Posted by Councilman George L. Cook III at 4:12 AM