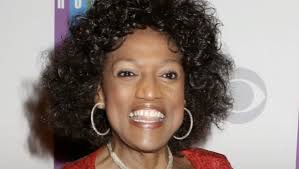 International opera star Jessye Norman died Monday at the age of 74, according to her agent.

The New York Metropolitan Opera described Norman as "one of the great sopranos of the past half-century."

"Norman sang more than 80 performances with the company, dazzling audiences with her beautiful tone, extraordinary power, and musical sensitivity," the Met said in a statement.

Norman won four Grammy awards and a lifetime achievement award from the Recording Academy in 2006.