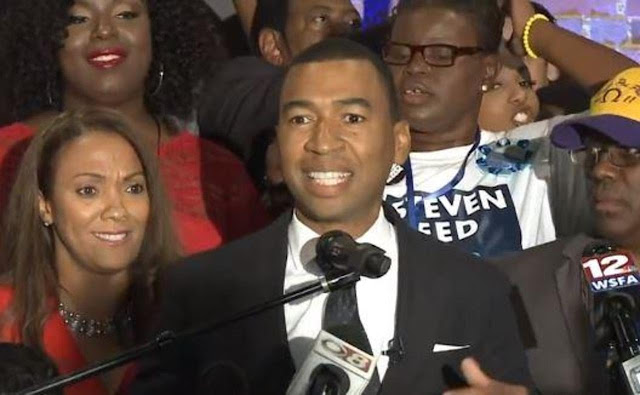 Montgomery, Alabama — Alabama's capital, a city once known as the cradle of the Confederacy and later the birthplace of the civil rights movement, elected its first African American mayor Tuesday.

Probate Judge Steven Reed, 45, clasped the history-making victory to be elected the next mayor of Montgomery after defeating businessman David Woods by a decisive margin. Reed won about 67% of the vote in Tuesday's mayoral runoff, according to unofficial returns.