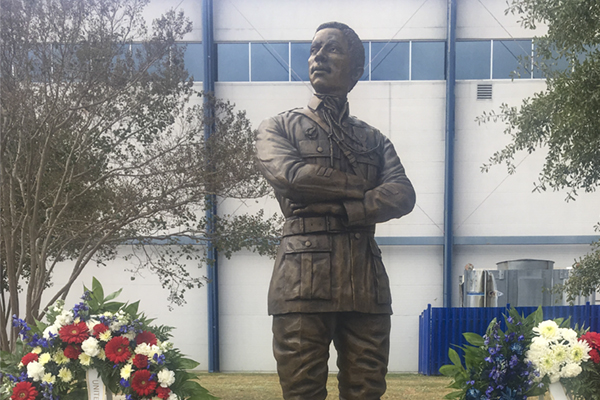 Before the Tuskegee Airmen blazed the trail for black military pilots, there was Eugene Bullard.

In World War I, while fighting for France, he became the world's first African American military pilot. On Wednesday, which would have been his 124th birthday, hundreds of people honored him at the Museum of Aviation by coming to watch the unveiling of a life-sized bronze statue of Bullard.