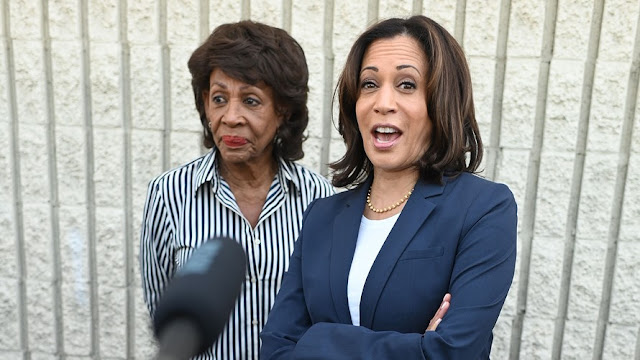 “Too many Americans are fighting tooth and nail to keep a roof over their heads as our nation continues to face a housing affordability and homelessness crisis,” said Senator Harris. “It will take a comprehensive and serious investment to confront this issue head on, and the Housing is Infrastructure Act is our best chance to get it done. I am proud to work with Chairwoman Waters on this bill, which would empower our local communities to make affordable housing available for all. Housing is a human right, and we must act now to tackle the affordable housing crisis and ensure everyone has a safe and accessible home.”

“We are in the midst of a housing affordability crisis across the country, caused in part by the lack of affordable and available rental units, rising rents, gentrification, and dilapidated public housing,” said Chairwoman Waters. “For example, 10,000 units of public housing are lost each year as a result of disinvestment, and it would take $70 billion to address the capital needs. I convened a House Financial Services Committee hearing in April to assess the infrastructure needs of America’s housing stock, and today, I have introduced the Housing is Infrastructure Act of 2019. Studies have shown that neglecting our housing infrastructure will only hurt our economy, so I urge my colleagues to support this legislation to make the necessary investments in rural, suburban and urban housing markets, and ensure all future conversations around infrastructure investments include affordable housing.”

For the last generation, while most Americans have not seen their real earnings rise significantly, the cost of living has continued to rise. Housing costs in particular have strained the budgets of working families, depriving them of the security and dignity that comes with stable living conditions. Housing is a human right—yet affordable housing remains out of reach for too many.The housing shortage is a primary driver of the affordable housing crisis. According to the National Low Income Housing Coalition, there is a housing shortage of 7.2 million rental housing units affordable to low-income families. Additionally, America’s public housing system, which houses 2.6 million Americans, is also in need of investment to repair essentials like roofs and elevators. The public housing capital fund has a need of $70 billion to rehabilitate these homes. As a result of this disinvestment, there are around 10,000 units lost each year.

$70 billion to the Public Housing Capital Fund, which will aid in building, modernizing, and rehabilitating public housing;
$6 billion dedicated to building housing for elderly households, persons with disabilities, and Native Americans living on tribal lands;
$5 billion to the National Housing Trust Fund for the construction of hundreds of thousands of new rental units that would be affordable for the lowest income households;
$1 billion to the Rural Multi-Family Preservation and Revitalization Demonstration program of the Rural Housing Service, which is estimated to fully address the backlog of capital needs for the Section 515 and 514 rural housing stock;
$10 billion to expand Community Development Block Grant funding set-aside to incentivize states and cities to eliminate impact fees and responsibly streamline the process for development of new affordable housing;
$2.5 billion for the Capital Magnet Fund, which will help fund hundreds of thousands of affordable housing solutions for low-income families; and $5 billion for the HOME Investment Partnership Program, which will help build and rehabilitate affordable housing for rent or homeownership for low-income families.
The bill also sets procurement and hiring goals for women- and minority-owned businesses, including developers and construction owners. Additionally, the bill prioritizes water and energy efficiency projects and other strategies to reduce greenhouse gas emissions from public housing infrastructure.

The Housing is Infrastructure Act follows the Ending Homelessness Act, legislation introduced by Harris and Waters earlier this year to invest over $13 billion in mandatory emergency relief funding to critical federal housing programs, including construction of new affordable housing units, to address the shortage of affordable housing and combat homelessness. Harris also introduced the Rent Relief Act to create a new, refundable tax credit for renters paying more than 30 percent of their income in rent and utilities. The Housing is Infrastructure Act addresses another aspect of the housing and homelessness crisis – the lack of housing infrastructure.

“On behalf of the National Low Income Housing Coalition, I applaud Senator Harris and Chairwoman Waters for introducing legislation to make robust infrastructure investments in affordable housing solutions, including the National Housing Trust Fund and resources to repair our nation’s public housing stock,” stated Diane Yentel, president and CEO of the National Low Income Housing Coalition. “The connection between affordable homes and infrastructure is clear: like roads and bridges, affordable homes are a long-term asset that helps communities and the lowest-income families thrive. It is critical that any infrastructure package includes significant resources to build and preserve homes affordable to our nation’s poorest seniors, people with disabilities, families with children, and other individuals.”