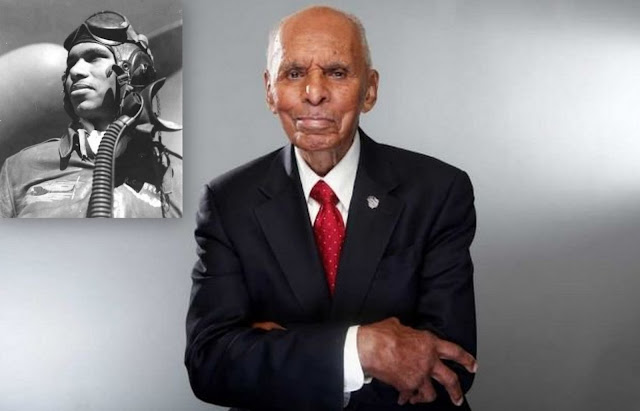 “Dr. Roscoe Brown was a remarkable person, and it gives me great pleasure to not only unveil this beautifully renovated plaza, but to name it in his honor as well,” said Parks Commissioner Silver. “Dr. Brown dedicated his life to service, education, and civil rights advocacy, and I hope that all that enjoy this new plaza are reminded of him and his commitment to the community for years to come.”

"Roscoe Brown was an internationally recognized trailblazer in the fields of military service, community service and education. This new plaza will help us remember his impact on our borough, our city and our nation, and I am proud to have contributed $333,000 from my own capital budget towards its completion. Roscoe Brown was a dear friend to so many in our borough, and it is important that we keep his memory alive for generations to come," said Bronx Borough President Ruben Diaz Jr.

“Dr. Roscoe C. Brown, Jr. was a hero and a Bronx icon,” said Council Member Cabrera. “Leading Bronx Community College as president for 16 years, Dr. Brown opened countless doors and created invaluable opportunities for students and this community. Shortly after his death I approached the Parks Department about naming the plaza at Hall of Fame Terrace and University Avenue in his honor. I also submitted legislation to co-name University Avenue from Hall of Fame Terrace to W. 180th Street for Dr. Brown. I am extremely pleased that we are celebrating the completion of these two projects today.”

The Aqueduct Walk Plaza Reconstruction project reconfigured the original plaza with new paths and seating to better utilize the space for community gatherings and to maximize pedestrian circulation throughout the site. New fencing, lighting, and landscape improvements have also been incorporated for both beautification and safety.

The plaza has also been renamed in honor of Captain Roscoe Brown, Ph. D. Roscoe C. Brown, Jr. was a decorated Air Force Veteran and member of the legendary Tuskegee Airmen who served during World War II. Following his military service, Brown completed his Master’s degree in 1949 and a Ph.D. in 1951, both from New York University. He continued his life of service and civil rights advocacy with organizations such as the Boys & Girls Club of America, the Jackie Robinson Foundation, Libraries for the Future, and the National Park Service. Roscoe Brown also became a prominent academic figure in New York City, becoming president of Bronx Community College in 1977, holding the post for sixteen years.