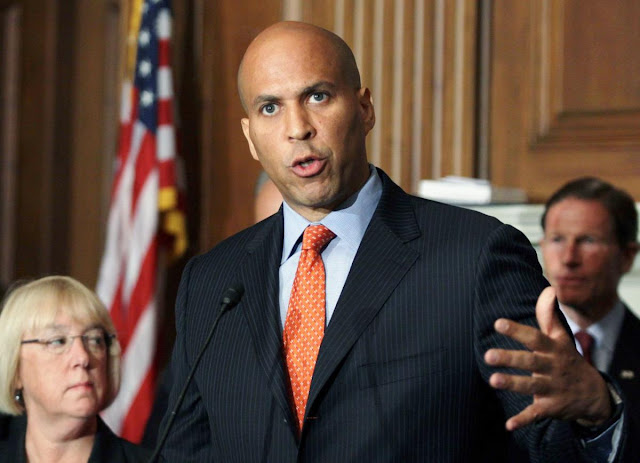 Fair Chance Act, included in NDAA, would give formerly incarcerated individuals a fairer chance at finding a job.

“After many fits and starts, we are finally about to give formerly incarcerated individuals a second chance by eliminating a major hurdle they face when job-searching,” Sen. Booker said. “This legislation will immediately change lives by allowing thousands of qualified people with criminal records to more meaningfully integrate into life outside prison walls. Getting this over the finish line was truly a collaborative effort, and I’m grateful to our bipartisan, bicameral coalition and the many stakeholder groups for their tireless advocacy. I know my late colleague, Chairman Elijah Cummings, is smiling down on us today because together, we have made a small, but important step in ensuring our criminal justice system better lives up to our ideals as a place for redemption and rehabilitation.”

“Getting people back to work improves the safety of our communities, strengthens families, and reduces government dependence – goals that all Americans share,” Sen. Johnson said. “If someone getting out of prison wants to work and be a productive member of society, we should do everything possible to facilitate that. Today’s passage of the Fair Chance Act is an important step in that direction.”

The Fair Chance Act would give formerly incarcerated individuals a better chance to find employment by prohibiting the federal government and federal contractors from asking about the criminal history of a job applicant prior to the extension of a conditional offer of employment. Criminal records reduce the chance of a callback or job offer by nearly 50 percent for men in general, making it difficult for individuals to move on from past convictions and contribute to society. Black men with criminal records are 60 percent less likely to receive a callback or job offer than those without records. For individuals trying to turn the page on a difficult chapter in their lives, a criminal conviction poses a substantial barrier to employment.

Earlier this year, Booker and Johnson testified on this bipartisan and bicameral legislation before two subcommittees of the House Committee on Oversight and Reform.

The Fair Chance Act builds upon the First Step Act, the most sweeping overhaul of the criminal justice system in a generation, which was signed into law last December. Booker was a key architect of the landmark bill and successfully fought to include provisions that effectively eliminated the solitary confinement of juveniles in federal supervision and the shackling of pregnant inmates. He also fought to include provisions that require healthcare products be provided to incarcerated women.

The Fair Chance Act would:
Prevent the federal government—including the executive, legislative, and judicial branches—from requesting criminal history information from applicants until they reach the conditional offer stage. Prohibit federal contractors from requesting criminal history information from candidates for positions within the scope of federal contracts until the conditional offer stage. Include important exceptions for positions related to law enforcement and national security duties, positions requiring access to classified information, and positions for which access to criminal history information before the conditional offer stage is required by law. Require the Bureau of Justice Statistics, in coordination with the U.S. Census Bureau, to issue a report on the employment statistics of formerly incarcerated individuals.