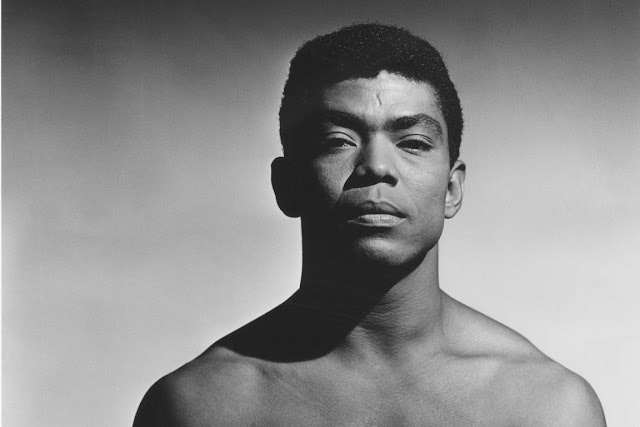 Jack Mitchell’s collection documents the dance company’s evolution while capturing the true idiosyncrasies and physicality of movement through still images. The photography showcases the innovative performances and groundbreaking artistry of Ailey, who shined a spotlight on the contributions and experiences of the African American heritage that inspired the racially diverse performances he presented that forever changed American dance and culture.

Acquired in 2013, the entire digitized photography collection has been recently made available to the public online via the Smithsonian’s Online Virtual Archives. The collection is jointly owned by the National Museum of African American History and Culture and Alvin Ailey Dance Foundation.

“To have one photographer as talented as Jack Mitchell capture the Alvin Ailey American Dance Theater’s history allows us to really witness the groundbreaking and historic nature of Alvin Ailey’s dance style and his vision for a dance company,” said Spencer Crew, interim director of the National Museum of African American History and Culture. “It’s particularly difficult to capture the essence of performing arts in photography, yet this collection showcases the ephemeral nature of the performances that made the Alvin Ailey American Dance Theater so special to so many audiences around the world.”

Mitchell’s photography vividly illustrates the evolution of Ailey’s principal dancers, notable performances and Ailey himself. The collection contains photographs of over 80 choreographed performances by Ailey, including his debut piece “Blues Suite” along with “The River” and “Revelations,” one of Ailey’s most popular and critically acclaimed pieces that tells the African American story from slavery to freedom and remains one the most beloved works of modern dance, acclaimed as a must-see and applauded by audiences around the world. The collection also features portraits of Judith Jamison, who was Ailey’s muse, most notably for the tour-de-force solo “Cry,” and who he entrusted to become artistic director before his death. Alvin Ailey American Dance Theater’s other earliest and most revered dancers are featured, including Dudley Williams, Sylvia Waters, Masazumi Chaya and Donna Wood.

“Photographer Jack Mitchell was one of the great chroniclers of the performing arts, including his iconic work with Alvin Ailey American Dance Theater for over three decades,” said artistic director emerita Judith Jamison. “Alvin Ailey was a pioneer in opening doors for performers of all backgrounds, especially black people, to share their stories in performances that inspired, enlightened and brought together all of us. He was a genius of a choreographer who celebrated African American culture and the modern dance tradition in stirring masterpieces like ‘Cry,’ ‘Blues Suite’ and ‘Revelations.’ I am thrilled that the Smithsonian’s National Museum of African American History and Culture has made this treasured collection available so the public can further experience the artistry and the history of the company and our founder Alvin Ailey.”


Mitchell (1925–2013) was an acclaimed photographer who began chronicling the work of the Alvin Ailey American Dance Theater in 1961. Ailey (1931–1989), one of the most influential choreographers of modern dance, dedicated himself and his dance company to creating ballets that not only accelerated the careers of young African American dancers, but also captured the attention of national and international audiences. Through Mitchell’s collaboration with Ailey, and later with Jamison, they were able to produce a unique body of lasting art, fusing the meaning and movements of dance and the techniques of photography.

Following its 60th anniversary, Alvin Ailey American Dance Theater’s new season of performances begins at New York City Center Dec. 4 and runs through Jan. 5, 2020, with subsequent performances at the Kennedy Center in Washington, D.C., Feb. 4 and a national tour continuing through May.


Since opening Sept. 24, 2016, the National Museum of African American History and Culture has welcomed over 6 million visitors. Occupying a prominent location next to the Washington Monument on the National Mall in Washington, D.C., the nearly 400,000-square-foot museum is the nation’s largest and most comprehensive cultural destination devoted exclusively to exploring, documenting and showcasing the African American story and its impact on American and world history. For more information about the museum, visit nmaahc.si.edu, follow @NMAAHC on Twitter, Facebook, Instagram and Snapchat—or call Smithsonian information at (202) 633-1000.


Alvin Ailey American Dance Theater, recognized by U.S. Congressional resolution as a vital American “Cultural Ambassador to the World,” grew from a now‐fabled March 1958 performance in New York that changed forever the perception of American dance. Founded by Alvin Ailey, recent posthumous recipient of the Presidential Medal of Freedom—the nation’s highest civilian honor—and guided by Judith Jamison beginning in 1989, the company is now led by Robert Battle, whom Jamison chose to succeed her July 1, 2011. Alvin Ailey American Dance Theater has performed for an estimated 25 million people in 71 countries on six continents—as well as millions more through television broadcasts, film screenings and online platforms—promoting the uniqueness of the African American cultural experience and the preservation and enrichment of the American modern dance tradition. In addition to being the Principal Dance Company of New York City Center, where its performances have become a year‐end tradition, the Ailey company performs annually at Lincoln Center for the Performing Arts, the John F. Kennedy Center for the Performing Arts in Washington, D.C., the Auditorium Theatre in Chicago, the Adrienne Arsht Center for the Performing Arts of Miami‐Dade County in Miami, The Fox Theatre in Atlanta, Zellerbach Hall in Berkeley, California, and at the New Jersey Performing Arts Center in Newark where it is the Principal Resident Affiliate, and appears frequently in other major theaters throughout the United States and the world during extensive yearly tours. The Ailey organization also includes Ailey II (1974), a second performing company of emerging young dancers and innovative choreographers; The Ailey School (1969), one of the most extensive dance training programs in the world; Ailey Arts in Education & Community Programs, which bring dance into the classrooms, communities and lives of people of all ages; and Ailey Extension (2005), a program offering dance and fitness classes to the general public, which began with the opening of Ailey’s permanent home—the largest building dedicated to dance in New York City, the dance capital of the world—named The Joan Weill Center for Dance, at 55th Street at Ninth Avenue in New York City. For more information, visit www.alvinailey.org. # # #
Posted by Councilman George L. Cook III at 4:44 AM