Kamala Harris statement to her supporters on ending her presidential campaign 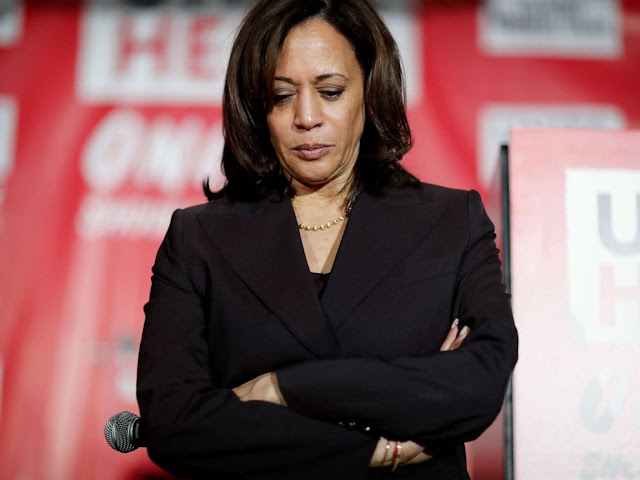 Kamala Harris released the following statement to her supporters via medium.com after suspending her presidential campaign.

Eleven months ago at the launch of our campaign in Oakland I told you all: “I am not perfect. But I will always speak with decency and moral clarity and treat all people with dignity and respect. I will lead with integrity. I will speak the truth.”

And that’s what I have tried to do every day of this campaign. So here’s the truth today.

I’ve taken stock and looked at this from every angle, and over the last few days have come to one of the hardest decisions of my life.

My campaign for president simply doesn’t have the financial resources we need to continue.

I’m not a billionaire. I can’t fund my own campaign. And as the campaign has gone on, it’s become harder and harder to raise the money we need to compete.

In good faith, I can’t tell you, my supporters and volunteers, that I have a path forward if I don’t believe I do.

So, to you my supporters, it is with deep regret — but also with deep gratitude — that I am suspending my campaign today.

But I want to be clear with you: I am still very much in this fight.

And I will keep fighting every day for what this campaign has been about. Justice for The People. All the people.

Our campaign has been about fighting for people whose voices that have not been heard or too often ignored.

Let’s remember: we were the first to put the injustice of inadequate teacher pay on the national agenda.

We were the first to demand justice for our children, declaring we would take bold executive actions to stop gun violence.

We were the first to demand justice for women with a plan to block unconstitutional state abortion laws.

And our campaign uniquely spoke to the experiences of Black women and people of color — and their importance to the success and future of this party. Our campaign demanded no one should be taken for granted by any political party.

We will keep up that fight because no one should be made to fight alone.

And I believe our campaign showed every child in America — regardless of their color or gender — that there are no limits to who can lead and hold positions of power in our country.

In that way — this campaign has been so much bigger than me.

I am extremely grateful to the hundreds of staff who moved and uprooted their lives and sacrificed time away from their families. I know our fight has been personal for each of them.

Of course, I could not have done this without my husband Doug and my entire family and friends who gave up so much to embark on this journey with me and have supported me every step of the way.

And I am grateful to the thousands of volunteers and contributors who chipped in, who knocked on doors, who made calls and who put their faith and trust in me. It has been the honor of my life to be your candidate.

And I want to be clear: although I am no longer running for President, I will do everything in my power to defeat Donald Trump and fight for the future of our country and the best of who we are.

I know you will too. So let’s do that together.

Let’s keep fighting for the America we believe in, an America free of injustice. An America that we know we can be unburdened by what has been.

Great letter!! I didn't think amerikkka is ready for another African American President and surly NOT a woman of ANY color or race!!

Can the retrumplican senators that are attorneys be disbared in their states for not unholding the Constitution that they swore they would? What legal actions can be taken for attorneys not answering subpoenas?