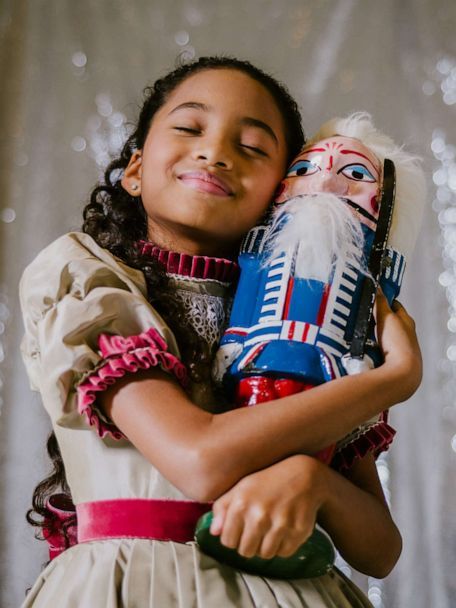 Now, an 11-year-old black girl is also breaking barriers as the star of the New York City Ballet’s holiday production of George Balanchine’s "The Nutcracker."

In a story first reported by The New York Times, Charlotte Nebres, a student at the School of American Ballet, danced her way into ballet history as New York City Ballet’s first black Marie, the young heroine of a show that dates back to 1954.

"It’s pretty amazing to be not only representing S.A.B., but also representing all of our cultures," Nebres told "The New York Times." "There might be a little boy or girl in the audience seeing that and saying, 'Hey, I can do that too.'"

Mom Danielle Nebres was a dancer growing up, too, and told the Times she still remembers the shock that came with hearing her daughter had won the part of Marie following her audition.

“With that poker face of hers, she said, ‘Well, I’m Marie,’” Danielle said. “And I just thought, ‘Oh my goodness — they really did it.’ I couldn’t believe it.”

Danielle added that when she told Charlotte she would be the very first black star, her daughter retorted, “Wow. That seems a little late.”

For Charlotte, the joy of dancing outweighs anything else that might be bogging down her mind.