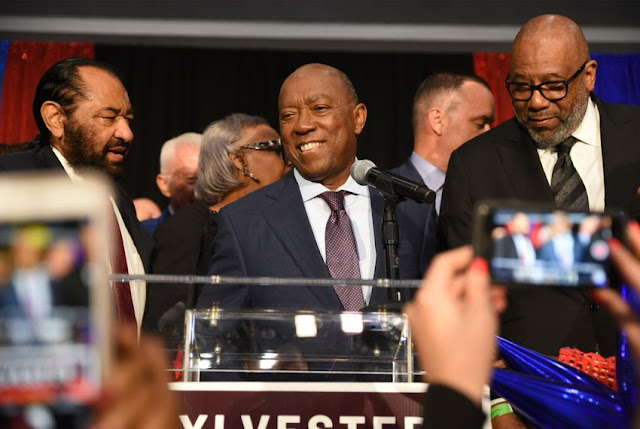 Houston’s incumbent mayor won a second term on Saturday night, holding off a millionaire trial lawyer whose previous support of President Donald Trump had become one of the main campaign issues.

Mayor Turner said he accomplished a lot in his first four years, but says there's a lot more to be done in Houston.

"And that’s why we asked you for a second term," he said.

While talking to supporters, Mayor Turner said everyone needs to work together to make the city safer, saying it's "not just the responsibility of 5,300 police officers. Making our city safe is all of our responsibility."

"We have to make sure that we are patrolling our own streets, what goes on in our own homes, what’s happening in our own neighborhoods," he said. "So I want to say to our 5,300 police officers and those that will be added – we stand with you, we uplift you, we pray for you and we 100 percent support you every single day."

Mayor Turner will be sworn in with other elected officials on January 2.