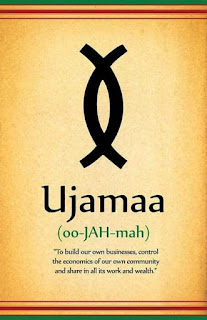 On this, the fourth day of Kwanzaa the days principle is UJAAMA.

Ujamaa (Cooperative economics): To build and maintain our own stores, shops, and other businesses and to profit from them together.