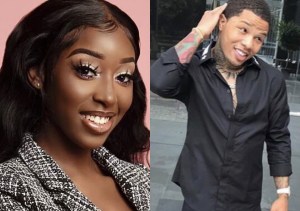 Two time boxing champion Gervonta Davis is preparing for a chance to win another world title this Saturday, but on Thursday he took a moment to make a huge gesture by offering to cover the funeral costs for a 21-year-old Baltimore woman, Destiny Harrison, who was fatally shot inside her own hair salon over the weekend.

“I’m just hearing about this sadness,” Davis, also a Baltimore native, tweeted on Thursday. “Prayers and love to her family. If I can do anything like pay for the funeral or anything like that..Reach out!”

Davis later posted an Instagram story later that night appeared to confirm that the funeral payment had been made. Davis’ coach later confirmed the news with WJZ-CBS Baltimore, noting that the story had really touched the boxer.