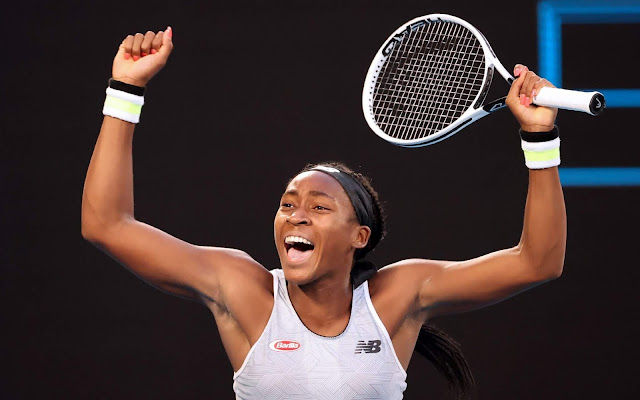 American Coco Gauff became the youngest player in the professional era to eliminate the reigning women's champion at the Australian Open, beating former No. 1 Naomi Osaka 6-3, 6-4 in the third round at Melbourne Park on Friday.

After the match, during her on-court interview, Gauff turned into a rather typical teen, joking about wanting to take "a selfie for Instagram" with Rod Laver, the 11-time major champion after whom the stadium is named.

"Honestly, like, what is my life? Like, oh, my gosh!" Gauff told the crowd. "Two years ago, I lost first round in juniors and now I'm here. This is crazy."

She is also the youngest player to beat a top-five opponent in a women's tour-level match since American Jennifer Capriati did it at 15 in 1991.